Moments of Love with Mary

I am writing to you tonight to tell you that my dear daughter who has been married for thirteen years and has three children is undergoing a very severe trial.

My heart aches and I cry, so much pain does it give me to see her in such a terrible situation. I am asking for prayers that she may be protected from all dangers. Her husband has left her for another woman. My daughter loves her husband with all her heart and she is on the point of having a nervous breakdown. She does not deserve this because she is so good and honest. I beg Mary to keep her courage up because tonight she has just told me that she has reached the end of her strength and that she no longer loves her children. Her husband has made her suffer already for some years now. He even dared to parade about with his mistress and bring her home in the presence of my daughter and her children. She has kept quiet about this for a long time, because her husband threatened to harm her if she opened her mouth. I only found out about the tragedy in her life a few months ago. I am afraid of the dangers for her – drugs, suicide. She has lost all hope, and I fear the worst, because her husband’s threats worry us. He is a professional man and has money and influence.

I would like her and the children to come and live with us so that we could watch over them, but she refuses, for she no longer knows what to do. She says there is a dense fog before her. I wouldn’t want her to turn to another man; this would be worse than all the rest.

She told me she has never been happy in her married life. She did not deserve that. She did not make a good match; we must believe that God mapped out her destiny. Life is long and I know something about it even if I didn’t have to suffer such outrages or know the humiliation of separation.

How I long to leave this life for eternity, where we will know happiness without end!

I have just learned that my daughter has been forced by her husband to consent to divorce. I, her mother, suffer as much as she who is marked for life. She will be alone to bring up her children, but she will be able to give them a better formation, which was impossible when he was present. He was anything but an inspiring example. I await a consoling reply which I can pass on to her, or have her read. Dear Lord, how sad life is! It is doubly cruel to see one’s cherished children and grandchildren suffer in this way.

Help us! She deserves to be loved.

I understand your acute suffering, Madam, and that of your daughter who sees her happiness vanishing while her strength ebbs and she has to look after three children. Your repeated calls to remove her from the threats of her husband have hardly been heard because the terrible shock of divorce has extinguished all the hopes she entertained until then. Under the force of such a blow, we must not be surprised at a negative attitude, depression or even indifference towards responsibility. We do not ask someone who is wounded to take the initiative in making serious decisions. He needs time and care to return to normal. It is the same on the moral plane. Your approach will be most effective if you are kind, attentive and employ no pressure. You must be patient, understanding and affectionate. Above all, you must avoid speaking against or accusing the father, and this in order to safeguard the filial love the children owe him in spite of his weaknesses, and to avoid widening the gulf between the spouses.

Since it is the father who is demanding the divorce, he alone bears the full responsibility. However, your daughter must remain honest and upright, and maintain her integrity, for this will bring her a true and lasting happiness and safeguard the equilibrium of her children. To search elsewhere for the compensation of affection would only add to her problems. She would also compromise a future of which she could be proud if she rose above such tribulations to attain the light of Him who is Love, and who calls her to ascend. It is not in this life that we receive what we merit. The kind of crosses held out to us is not important; what counts is to accept them, after we have done everything to correct the situation.

Your daughter has the joy of being a mother. True, under the circumstances, the children seem to add to her burden, but they can become her consolation if she gives them a good formation. The cross forms and tempers characters. Her little ones need to be cherished, so much more so because they have been deprived of their father’s presence. Given the circumstances, it is better that the father be away. This permits the mother and grandparents to fill the gap.

The years pass, the children grow up and life brings its compensations. After the fog, comes the sun shedding light and warmth. When events are so trying we must live one day at a time considering only what is positive in our life, not anxious about the “mountains” which seem to be accumulating for the next day, just as someone sick or wounded must wait patiently for the restoration of his strength in order to resume his normal way of life.

The status of a “broken home” is scarcely enviable and seems humiliating. But those who judge by appearance might receive a jolting surprise one day, for only God knows how much spiritual value lies in human beings. While there are couples who live together in conformity with the law of God and walk along paths which are sometimes difficult but secure, to the summits where Paradise is found, there are others, on the other hand, who are rushing together straight to the devil.

There are broken homes where the spouses do not respect their obligations and go merrily along, deluded or unconcerned, down the way of perdition. There are other broken homes which may give to the world the impression of a scandal, but become a consolation to heaven if, on the one hand, a rich potential for merit accumulates because of the unbearable situations which are to be lived in conformity with God’s laws, thus permitting, on the other hand, the spouse who has strayed, to draw, one day, from this vivifying source of grace and to return to the right path.

Souls are bound together by the sublime sacrament of marriage in such a way as to be called to respect their commitment, not to debase it through infidelity.

Marriage is sublime, grand, and the graces which are available from it will aid the spouses to support the periods of dense fog, in order to enjoy thereafter the beneficial and consoling light. Every vocation has its times of darkness and problems. But fidelity to God, within the framework of our commitment, is always salutary and beneficial, replete with promise for the best.

Have courage! All things pass and become a source of serene joy and healing peace if only we accept to make the best of all situations. The Lord never allows Himself to be outdone in generosity. Count on the fervent prayers of the Knights of Mary. 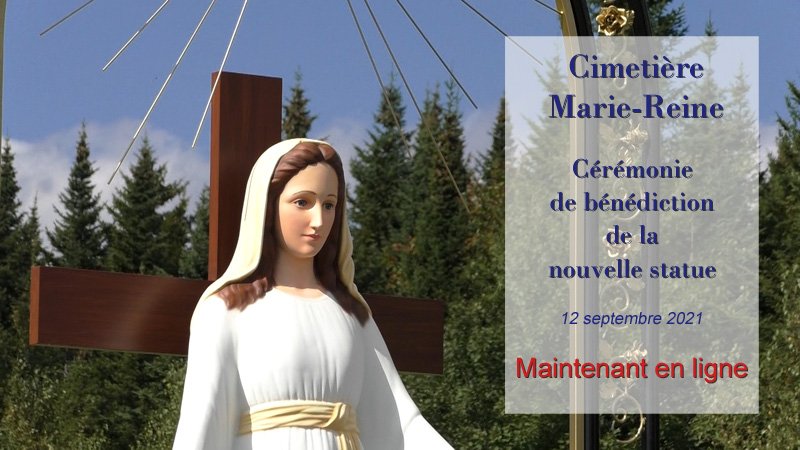